A recent survey carried out by Frost & Sullivan revealed that Australian manufacturers and wholesale distributors are unprepared to adopt Ecommerce despite strong optimism. 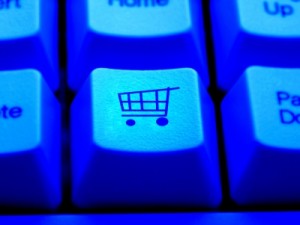 The results have shown that only 10% of the companies are able to receive orders via the Internet, with 75% of the companies still reluctant to embrace the new ways, despite their strong optimism for future prospects.

The numbers clearly indicate the fear of change and the lack of urgency and vision on the part of the manufacturers and distributors.

“For manufacturing and wholesale businesses, Ecommerce is both an opportunity and a challenge. It offers a way to build closer and more direct relationships with the end customer, the ultimate consumers of their products, but also presents both strategic and operational challenges. The strategic challenge largely lies in the risk of bypassing long-established distribution channels. Our research identified that the main operational challenge is in linking the Ecommerce front-end to existing internal business systems,” said Mark Dougan, managing director for Australia and New Zealand for Frost & Sullivan.

The aim of the sponsored survey was to understand the importance of the Internet as a channel for future business success.

The results reveal that 76% of the companies recognize the benefits and opportunities that Ecommerce can offer, such as particular convenience for customers and reduction in distribution costs.

However, they still identify a number of challenges that are keeping them from adopting Ecommerce, like fear of losing direct relationship with business-to-business customers, system integration issues, as well as the feeling that they would need to offer lower prices on the web.

According to the survey, more than a half of the businesses make orders from suppliers online.  Over 75% of businesses expect to increase their online ordering, with quicker and easier ordering processes, access to a wider range of suppliers, less paperwork and access to lower prices.

The Frost & Sullivan survey has also revealed the increase in adopting social media as a communication channel with customers.

Results indicate that 30% of businesses are present in the social media in one way or another.

“Social media is becoming an increasingly important platform for customer communication and engagement. Businesses in the manufacturing and wholesale sectors are increasingly recognizing the benefits of establishing direct communications with their end-consumers through social media,” said Mr. Dougan.

The research has identified the lack of integration between the businesses web front-end and internal back-end systems as a major challenge for many manufacturers and distributers with a web presence.

Respondents cite the lack of integration as a major problem for adopting Ecommerce, closely followed by a lack of systems to service customers that cross between online and other channels, as well as the lacks of systems that connect inventory to online sales channel.