A call for help for Typhoon Haiyan survivors

Hundreds of dead bodies have been recovered and thousands more are feared dead as the aftermath of Super Typhoon Haiyan, one of the most intense typhoons on record, continue to shock the Philippines and the rest of the world. 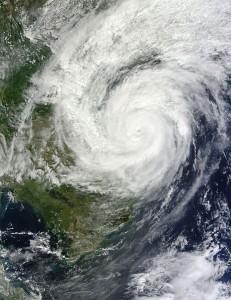 Friday morning saw Haiyan, which was locally named “Yolanda”, make landfall in the central part of the Philippines packing maximum sustained winds of 315 kilometres (195 miles) an hour, a force so powerful that it brought the entire Visayan island to its knees. The strength of Haiyan is equivalent to a Category 5 hurricane in the west.

The deadly typhoon came barely a month after a magnitude 7.2 earthquake rocked the same region in the country claiming more than 200 lives, and many Filipinos are still struggling to rebuild their homes.

Haiyan caused a storm surge that triggered tsunami-like waves about 10 feet high, with water rising and engulfing two-storey houses in a matter of minutes. Countless homes made from flimsy materials were destroyed, trees uprooted, businesses closed down.

One million people are displaced and 12 million could potentially be affected, officials estimate. Electricity and communications lines have been cut off in most of the affected areas.

Officials in the province of Leyte are saying that the body count could reach as high as 10,000 in the city of Tacloban alone.

The scene after Haiyan was apocalyptic, to say the least. See images of the destruction from CNN here.

“Imagine a strip one kilometre deep inland from the shore, and all the shanties, everything, destroyed,” said Philippine Interior Secretary Mar Roxas. “They were just like matchsticks flung inland.”

“This is destruction on a massive scale. There are cars thrown like tumbleweed and the streets are strewn with debris,” said Sebastian Rhodes Stampa, the head of a UN disaster assessment coordination team.

“The last time I saw something of this scale was in the aftermath of the Indian Ocean tsunami,” he said, referring to the 2004 disaster that claimed about 220,000 lives. 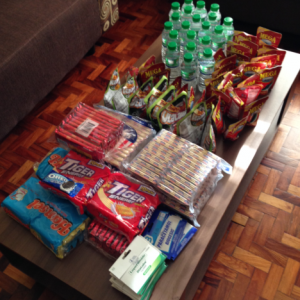 President Benigno Aquino III is already being urged by the local government to declare martial law in the area following reports of looting in the aftermath of the super typhoon.

Residents desperate for food and other basic necessities have already looted goods from commercial establishments and the government employees who are supposed to maintain peace and order in these areas could not report back to work because they themselves are victims of the typhoon.

Vice President Jejomar Binay described the disaster as a “national tragedy” as he called for concerted effort to provide immediate relief to the survivors.

“There will be time to determine what went wrong, but at this moment our urgent task is to extend much needed help to the survivors and restore vital public services,” VP Binay said.

Right now the devastated areas are in need of food and clean water, as well as emergency medical supplies including antibiotics, pain relievers, anti-fungal medications, wound dressings, and chronic disease medicines. Many people are at high risk of developing skin and eye infections, respiratory infections, diarrhea, malaria and cholera.

Aside from local efforts, many international organisations have launched their own relief to respond to the disaster.

According to CNN, the International Federation of Red Cross and Red Crescent Societies (IFRC) and the American Red Cross are both supporting the Philippine Red Cross and are ready to provide additional assistance.

“The World Food Programme was already providing emergency food assistance in the Philippines following the October earthquake. With these emergency food stocks stretched thin, they’re now mobilizing additional supplies and are flying in 40 tons of fortified biscuits in the coming days,” said the CNN report.

In Australia, Minister for Foreign Affairs Julie Bishop announced on Saturday that the Australian Government will provide an initial $390,500 in emergency relief supplies to assist communities in the Philippines devastated by Typhoon Haiyan. 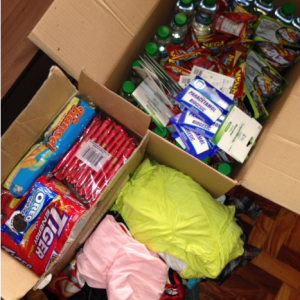 “Australia, as a close friend of the Philippines, is saddened by the loss of life and damage to homes and property in the wake of this tragedy,” Ms Bishop said in a media release.

“Two Australian disaster experts are already on the ground assisting the Philippine Government and the United Nations to conduct a rapid needs assessment in those areas worst affected.”

We’re encouraging everyone to donate whatever amount they can to support the relief operations in the Philippines.

If you wish to make a donation, here are a couple of organisations which accept monetary contributions online: