How will social media fare in 2014

Since its inception some years ago, the dynamic world of social media has never stopped for a second, forming its own natural food chain in which the big fish always eats the small fish. Almost always, that is. 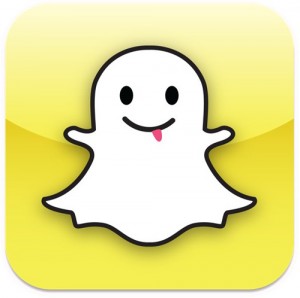 Remember when Mark Zuckerberg snubbed $1 billion from Yahoo to boldly go where no man has gone before? Can history repeat itself and make Snapchat not regret the decision to pass on the $3 billion offer from, ironically, Zuckerberg’s Facebook?

Regardless of what you may think of Snapchat’s bold decision to refuse Facebook’s mammoth offer, numbers show that the ephemeral social networks slowly shift the balance of power in the market. People seem to appreciate the privacy offered by these types of networks, where content completely evaporates seconds after being received. It’s not all about the sexting too, as Snapchat and its peers managed to bring back some of the previously lost spontaneity and fun of the social media before they all went corporate. If numbers are anything to go by, they show that Facebook’s has an aging problem, while Snapchat is getting to be the new kid on the block, increasingly popular with the teens and youth in general.

Learn to tweet or risk being the dinosaur in the room

If you you’ve stubbornly refused the persistent advances of the social media to enter your everyday life, you better let go and join the ever-growing army of social networkers, for your own sake. Statistics show that compared to last year, there are 13 times as many jobs advertised on Indeed.com that mention the use of social media.We are seeing an increased demand for social savvy candidates across the business- from human resources to product to customer service,” Amy Crow, Indeed’s communication director told Quartz earlier this year.

Nowadays, employers across all fields of business expect you to be on Twitter and Facebook, as companies increasingly turn to internal networks such as Yammer to streamline operations, prompting major universities to begin offering certificate programs for the socially inept.

It’s already beginning to happen, with the 2012 Nielsen survey showing that more than half of all customers now turn to social media for redress, while 81% of Twitter users are expecting a same-day response to their questions and complaints.

Native social media ads- the ones that appear right in your Twitter and Facebook streams- exploded in 2013 and will not stop in 2014 as location-specific targeting is rapidly gaining popularity. Twitter, for example, has just launched a new feature enabling paid Tweets to be targeted by zip code, while Facebook has been using a similar geo-fencing concept since 2011. These features allow businesses to pursue nearby customers who might actually want to get ads offering special deals, in-store specials and so on. There is just one little annoying bit in all of this: loads of new ads.