Many conducted polls reveal that a large number of social media users have made it their New Year’s resolution to revert their use of social media to basics, which is building and maintaining relationships. 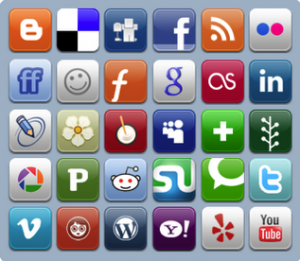 According to the news article featured on Sys-Con, the poll conducted by Heart+Mind Strategies revealed that the top three things social media users want to do more of in 2014 are to stay in touch with family, stay in touch with current friends and connect with old friends they have lost touch with.

Ever since its introduction to the public, the appeal of social networks was establishing connection between ordinary people. Celebrities, companies, institutions and politicians  have quickly realized the vast marketing potential social networks had to offer and usurped the social media space with incredible pace, giving audiences more to read, “like”, ”follow” and “re-tweet”.

Heart+Mind Strategies’ expertise has pin-pointed the sense of belonging as the most powerful tool that drives human decision-making. This is the core value that brought continuous success to social media. Ordinary people find it appealing to relate to their favourite movie star or rock star and this is how social media was able to attract vast army of people to their ranks.

However, social media users also express a strong desire to eliminate or reduce the noise. The list of five things that social media users want to do less of in the new year includes reading comments by celebrities, athletes or politicians (38%), finding potential romantic or dating partners (30%), passing time (27%), reading comments by companies or brands (26%) and gathering surveillance/knowledge about others (22%).

This goes to show that people want to build and preserve their inner circles while eliminating certain activities that do not enrich their lives or deliver the sense of belonging that instigated the growth of the social media in the first place.

This is not to say that social media users are planning to use less social media overall. A recent study from the Pew Research Centre found that of the 73% of online adults using a social networking site, 42% are using two or more of the five popular social networks, illustrating the power of the human need to belong and connect with others.