Ryan Holmes, the founder and CEO of HootSuite, together with some of the top social media minds out there give us their best guess on how the social media trends will fare in 2014. 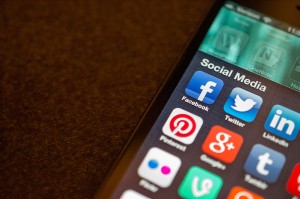 According to the article published on LinkedIn, Mr Holms expects the downfall of certain social media, and the rise of “ephemeral” social networks like Snapchat. Facebook’s $3 billion offer for Snapchat shows that people are hungry for so-called ephemeral networks, where content literally vanishes seconds after being received.  And it’s not all about the “sexting” too. As content on the major networks becomes more corporate and commodified, Snapchat and services like it restore some of the fun and spontaneity to social media. People seem to be tired of worrying about everything being recorded for posterity and broadcast to the world—SnapChat and networks like it offer a channel for genuine, unfiltered exchange.

Social media have become a barometer that measures peoples’ achievements in the real world. A recent survey by Kaplan Test Prep showed that nearly one-third of college admissions officers look at applicants’ social media profiles to learn more about them. It is expected that this trend will blossom in 2014 and more school will recognize social media as an asset, teaching social media and digital skills to better equip their students for our changing world.

It is also expected that social media ads will challenge old ways of advertising in 2014. Social media advertising is already huge and is growing fast, but predictions say that it will hit the $11 billion in revenue by 2017. This is down to the fact that social media ads are proving to be a lot more effective than some traditional forms of advertising, like banner ads. While online banner ads are now pretty much ignored (clicked on 0.2 % of the time), Promoted Tweets show engagement of 1 to 3 %— up to 15 times better. The other major reason why social ads have been so successful is that they work better on mobile devices than traditional ads because they take up less space and fit small screens better.

2014 will also bring major trend in video sharing on the web. Statistics say that 1 in 3 millennials watch less TV than they do online videos or no TV at all. This makes perfect sense, as those born roughly from the late 80’s to 2000’s grew up on a viral content via sites such as YouTube. As a result, this demographic is incredibly comfortable with the medium of online video and consume it collaboratively, sharing choice clips with their friends on social networks.