Pinterest has rolled out support for GIFs to all “Pinners” on the web, leaving Tumblr wondering whether the already “flat-lined” traffic has any chances of springing back to life. 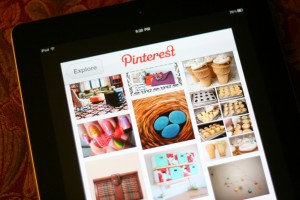 Pinterest announced the GIF support launching last Thursday, titling the news as “A GIF from Pinterest” for all “Pinners”. The decision to incorporate GIF support into the “static photo” landscape was made in order to satisfy users who have been asking the company for GIFs for quite some time now.

The company further revealed that mobile support is expected soon since around 1 million users see a GIF on Pinterest every day and there are now nearly 10 million animated GIFs.

Tumblr has been known as the GIF-place-to-be, the top GIF sharing service out there. However, these latest Pinteresting news might be the last brick in the wall that might squash Tumblr for good.

Now, “Pinners” have the option to pin a GIF to Pinterest and click “Play” on GIFs they want to see. The look and feel of the site is exactly the same, aside from the “Play” and “Pause” buttons on the GIFs.

An article on Techcrunch points out that social media and social services have been adding numerous new features in an attempt to keep the users glued to their screens and attract new ones, of course. Facebook has introduced auto play videos, a move which is viewed by many as a herald to animated GIF support.

While GIFs, in all honesty, might not be the right addition to the already “busy enough” Facebook, they work quite well on Pinterest and “Pinners” seem to love playing around with the hottest thing that appeared on the internet since the age of emotions.