The global smartphone market has managed to ship 1 billion units last year for the first time since its conception, with Samsung comfortably leading the charts with a double digit advantage over its closest competitor. 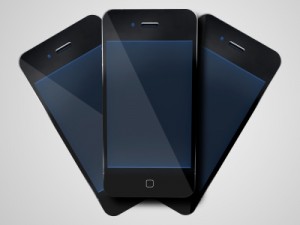 According to the press release by IDC, manufacturers sold a total of 1,004.2 million smartphones around the world, which represents an increase of 38.4 % on the number of smartphones sold in 2012. Smartphones accounted for 55.1% of all mobile phone sales in 2013, compared to the 41.7% in 2012.

“Of the two, I have to say that low cost is the key difference maker. Cheap devices are not the attractive segment that normally grabs headlines, but IDC data shows this is the portion of the market that is driving volume. Markets like China and India are quickly moving toward a point where sub-$150 smartphones are the majority of shipments, bringing a solid computing experience to the hands of many.”

According to the IDC Worldwide Quarterly Mobile Phone Tracker, Samsung enters the new year as an undisputed leader in worldwide smartphone shipments, even though it registered a decline in shipments compared to the previous quarter. Apple, its fiercest competitor, ranks second on the charts, even though it has managed to pose record shipment volume during the fourth quarter of 2013. The third position is occupied by Huawei, followed by China-based Lenovo on fourth and LG on fifth place.