The once straightforward recruitment platform Somewhere has morphed enough to be pinned as LinkedIn’s straight-ahead competitor. 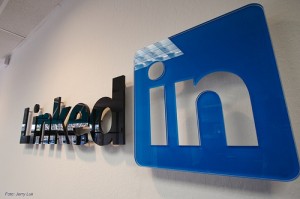 Somewhere is much more visual, there is less corporate slant and all users have to provide a picture with each answer to each question. Some say that Somewhere is what Instagram’s and Tumblr’s kid would look like (a work-focused kid, that is).

An article on Gigaom.com reveals that the Berlin-based company is now flaunting numerous new achievements after being pegged as “the start of something”. One of the latest news regarding Somewhere is the appointment of Podio’s Thomas Madsen-Mygdal as Chairman and founding angel investor and the arrival of three more angel investors: Podio co-founder Jon Fonda, Postshift and Headshift co-founders Lee Bryant and Livio Hughes.

But that’s not the only good news for Somewhere, as the company has managed to secure the somewhere.com domain, even though it continues to exist in invitation-mode only.

“There’s still a lot of work ahead, but we’ve found the balance and direction in the product,” Madsen-Mygdal told Gigaom’s David Meyer.

“[We have] lots of engagement from beta users.”

LinkedIn currently has over 260 million users and it’s hard to imagine that even a fun and creative start up like Somewhere could dethrone LinkedIn.

Viadeo, Xing, Dribbble and Behance alike have tried to get the same global attention and the landscape is starting to look a bit crowded. However, Somewhere does not plan on giving up, promoting itself as the “Visual Platform for Sharing Your Work”.

So what is their angle? – The Visual game.

According to the article on Techcrunch.com, the 5-member team at Somewhere believe that users will be attracted to “go Somewhere” since most people think visually and see the static nature of CVs and LinkedIn profiles like “a strait-jacket”. They offer users an opportunity to tell a story, the real story that is so much more than providing a list of past work experiences.

Justin McMurray, co-founder of Somewhere, believes that users will be hooked since people now strive to find like-minded collaborators; however, some find the constant tagging of images to every question the site asks a bit annoying and tiresome.

All in all, Somewhere looks and sounds enticing and it might be the perfect place for creative people, but the business “stiffies” just might stick to the “old-fashioned” way of doing things and keep updating their profiles on LinkedIn.

So the true question here is can Somewhere get you where you want to be?