Facebook launched a new app yesterday named Paper, specially tailored to allow users to share and explore stories from friends and the world. 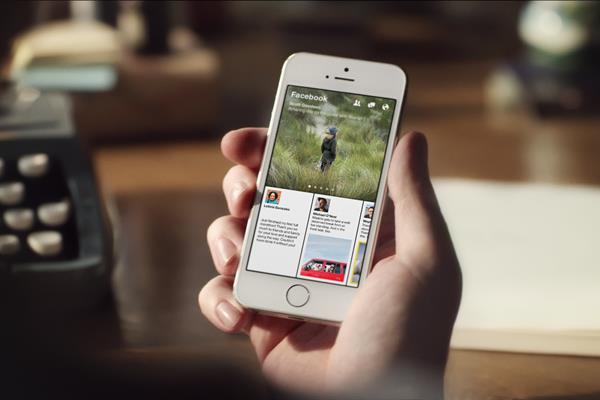 According to the news release by Facebook, the new Paper app is the first product from Facebook Creative Labs, the start-up-like group that is separate from Facebook’s operational structures and whose team has complete freedom to create what they want.

The app features an immersive design and full screen and is completely free of distractions. Users can follow their favourite interests, read and write news and craft stories the way they want to before sharing them.

An article on CNET explains this move by Facebook as starting over, as the company is now entering its second decade, labelling the new app as the “2014 version of Facebook”.

“[Paper] started with this idea… that we wanted to build great tools to give people a way to… craft their story and control the presentation,” Creative Labs Product Manager Michael Reckhow told CNET.

“As networks for sharing have grown up, the network has always grown faster than the tools.”

According to him, Paper was built to be a publishing tool for people that have audiences and create an open community where users can find the audience they need.

Paper has two sides that are defined by those who create and those who consume the content and is comprised of sections that offer a new view for Facebook updates, a myriad of versatility and themes and topics, like food, design, photography, food and sports.

“It’s so frustrating when you start out and you’ve downloaded some new app for content. You have to spend 10 minutes configuring and trying to find all the particular sources… that’s no fun,” Reckhow said. “We wanted Paper to be something you could open up, and, within seconds, you’ve configured it to have some of the most engaging content out there.

The ad-free app is easy to use and features auto play videos, articles, beautifully detailed covers, high-resolution panoramic photos, live preview of stories before sharing and many other fun activities.

The app is now available for iPhone and users can now also take a tour of Paper if they want to learn the ropes.