A poll released on the 25th anniversary of the creation of the World Wide Web by Sir Timothy John “Tim” Berners-Lee revealed that 76% of the Americans believe that the internet is a good thing for society. 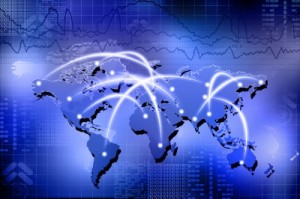 According to the article on the Pew research Centre, the past two decades have seen the internet enter into the very core of our everyday life and its wide-ranging impact can now be felt on everything from the way people get, share and create news, the way they look after their health, the way they form their political convictions, their interactions with government, their communications with friends and family, to the way they organize in communities.

The poll finds that 87% of American adults now use the internet, with those living in households earning $75,000 or more (99%) using it to a near-saturating extent.  97% of the young adults aged 18-29 use the internet; the same percentage as those with college degrees. 68 % of adults connect to the internet with mobile devices like smartphones or tablet computers.

The poll also reveals that 90% of internet users think the internet positively impacted their lives, with only 6% disagreeing with this notion. Only 3% of the respondents said the internet has had both good and bad influence on their lives.

The results of the survey are based on the data from telephone interviews conducted by Princeton Survey Research International from January 9-12, 2014, among a sample of 1,006 adults, aged 18 and older.