The alternative to touchscreens and sensing technologies is about to become reality. Computer scientists from the University of Washington have managed to develop a low-cost gesture recognition system that does not require batteries and allows users to control devices that are hidden from sight with simple hand movements. 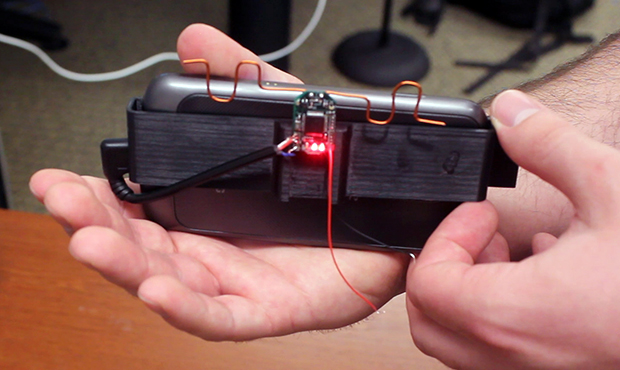 According to the news release by the University of Washington, the AllSee technology uses existing TV signals both as a power source and means for detecting the gesture command of the user.

The research is funded by a Google Faculty Research Award and the Washington Research Foundation.

The researchers created a sensor that can be placed in an electronic device and uses an ultra-low-power receiver to extract and classify gesture information from wireless transmissions around us. The gesture technology will always be on and enabled since the sensors use 3-4 times less power than any other existing gesture recognition systems.

“Beyond mobile devices, AllSee can enable interaction with Internet of Things devices. These sensing devices are increasingly smaller electronics that can’t operate with usual keypads, so gesture-based systems are ideal,” said Bryce Kellogg, a UW doctoral student in electrical engineering.

Researchers have already tested the technology’s capabilities on battery-free sensors and smartphones using eight different hand gestures and the prototype correctly identified the gestures 90% of the time while operated over 2 feet away from the device.

According to the results from the conducted research, the response time of the technology is less than 80 microseconds and the specially designed wake-up gesture allows the system to make a difference between unintentional movements and actual gestures.

“This enables a seamless and interactive experience for the user,” said Vamsi Talla, a UW doctoral student in electrical engineering.

The technology will be revealed at the Symposium on Networked Systems Design and Implementation conference in Seattle, set to take place from April 2nd to April 4th.