Dropbox, the cloud-based file-sharing service is opening a new office in Sydney, Australia, which means a whole new range of employment opportunities, mostly in customer-facing roles and sales and support. 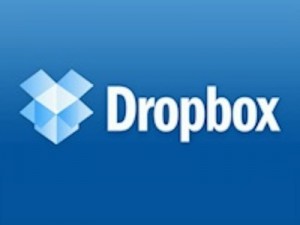 According to the article on the Australian, this will be the company’s first Asia-Pacific office that is set up to ensure best possible service for its four million plus Australian businesses and 95% of the ASX 100 companies.

Japan leads Tony Huie and Oliver Jay will be heading the setup of the new office.

“Last week we announced some exciting new additions to our family of products. And as we grow, it’s more important than ever for us to be close to our users. From our home in San Francisco, we started by opening offices in Dublin, Austin, and New York— but until now, we hadn’t made a home in Asia Pacific. Today, we’re happy to announce that we’re establishing a new office in Sydney, Australia,” posted Tony Huie and Oliver Jay on April 14th.

“In Australia, we’re focusing on expanding Dropbox for Business and making Dropbox a delightful part of people’s personal and work lives. We’re eager to be neighbours with Australian companies already using Dropbox for Business, like Atlassian, Macquarie Group, and Mirvac. We also can’t wait to be a part of Sydney’s vibrant culture and booming tech scene. We’ll be starting with a small team in Sydney, and would love to have you join us. We’re hiring in user ops, sales, and many other roles.”

Dennis Woodside, Chief Operating Officer of Dropbox said the company will now be able to tap into Australia’s “great pool of talent” and serve more local users and businesses.

With Dropbox opening new offices in Sydney, the city is building a reputation as a global hub for innovative companies.

“Sydney is a natural home for Dropbox and our talented workforce will play a major part in the expanding Dropbox story as the company continues to build its international presence,” said New South Wales Deputy Premier Andrew Stoner.