PayPal President David Marcus will be stepping down at the end of June to run Facebook Inc.’s messaging products, the companies announced earlier this week. 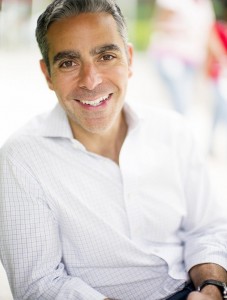 In his LinkedIn page Marcus said that after much deliberation, he has decided that now is the right time to move on to something closer to what he loves to do everyday, and that Mark Zuckerberg shared with him a compelling vision of about Mobile Messaging.

“I’m excited to go to Facebook to lead Messaging Products. And I’m looking forward to getting my hands dirty again attempting to build something new and meaningful at scale,” Marcus said.

In a statement, eBay Inc. President and CEO John Donahoe thanked Marcus for his leadership and commitment, and assured the public that the PayPal head is leaving behind a strong team that remains committed to executing the company’s plans for growth and product innovation.

“We wish David well and thank him for his leadership and commitment to PayPal,” Donahoe said. “An entrepreneur at heart, David has made a career decision to focus on what he loves most – leading smaller teams to create great product experiences.”

Marcus will assume the newly created position of vice president of messaging products, which will oversee the Messenger service of Facebook as well as the Messenger mobile app, according to a Reuters report.

However, this does not include five-year old messaging service Whatsapp, which Facebook is acquiring for $19 billion.