Is #Johning the new planking?

In 1 May 2014, The Hollywood Reporter (THR) has featured John Green and the upcoming film The Fault in Our Stars, which was based from his book of the same title. In that article, John Green “posed for a picture while lying on the floor with one’s legs over the footboard of a bed and a laptop on the stomach.” 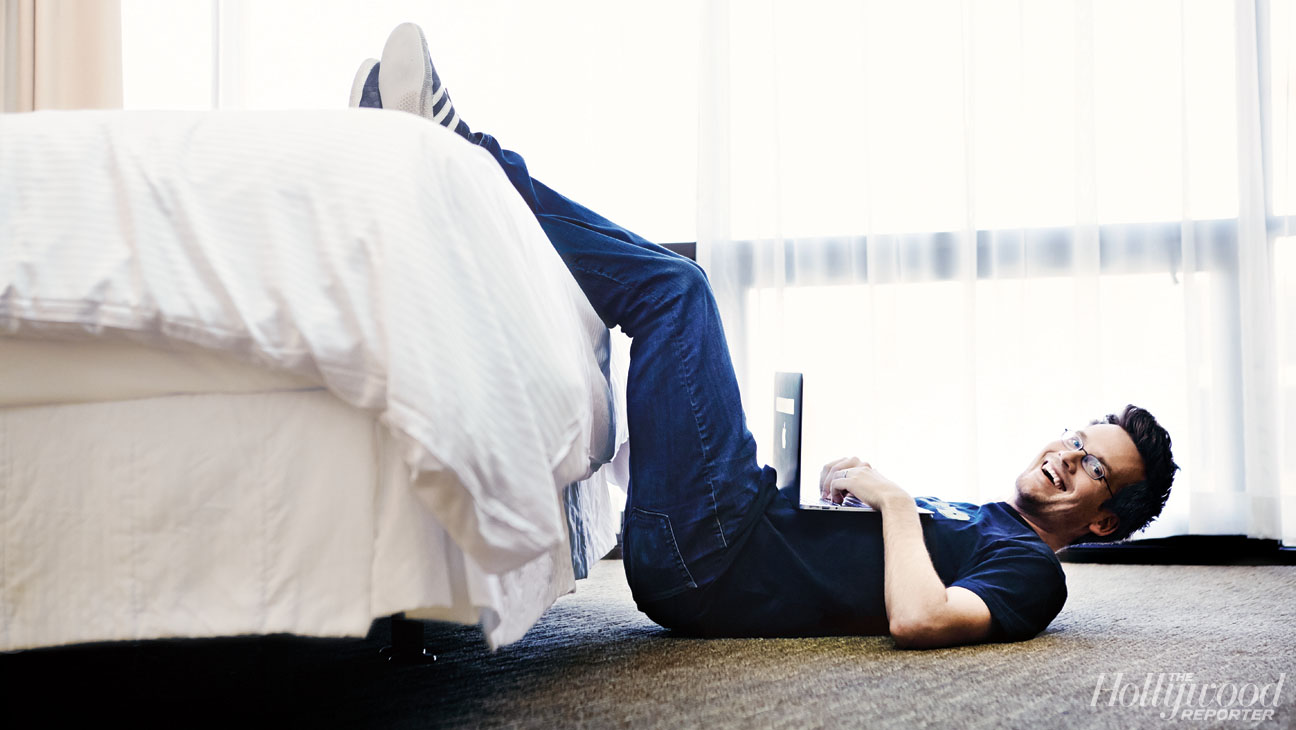 The same day, Charlie McDonnell, a British vlogger and musician from Bath, Somerset uploaded the picture from THR. In less than 24 hours from publishing in Twitter, the post has received almost 2000 retweets and more than 6000 favorites from followers. 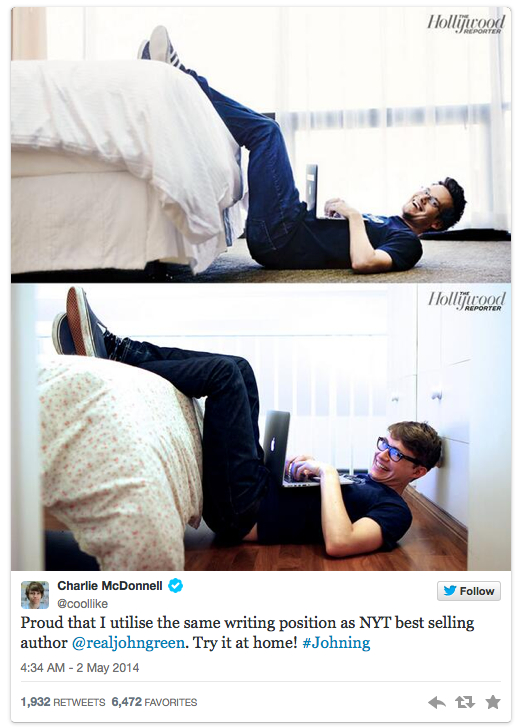 After starting the hashtag for Johning, the awkward position has became a photo fad in Twitter.

Here are some of the parodies: 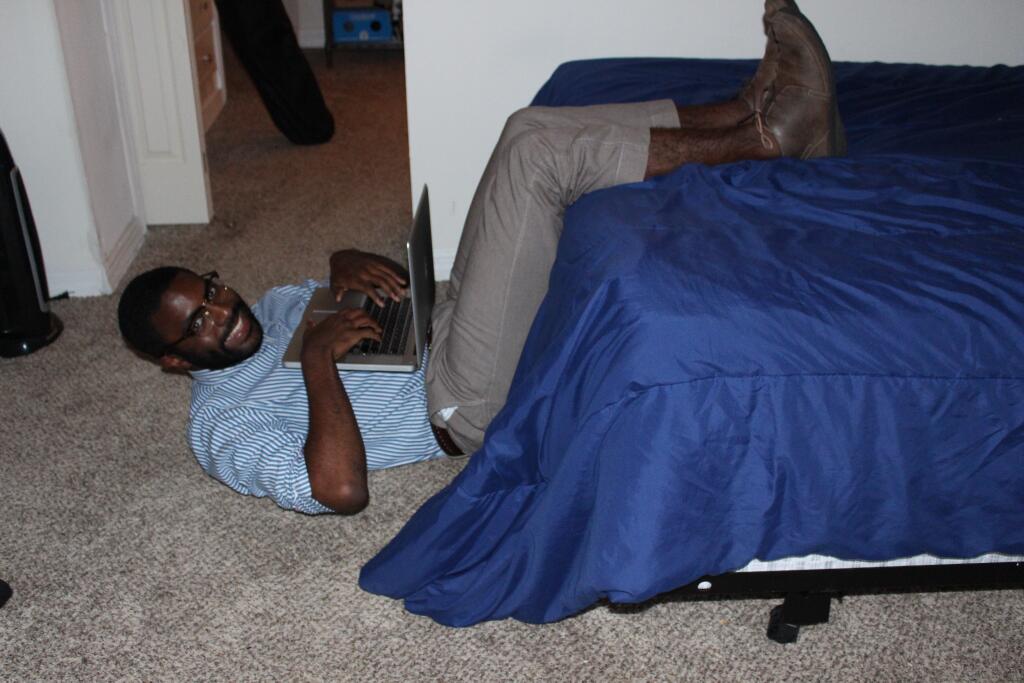 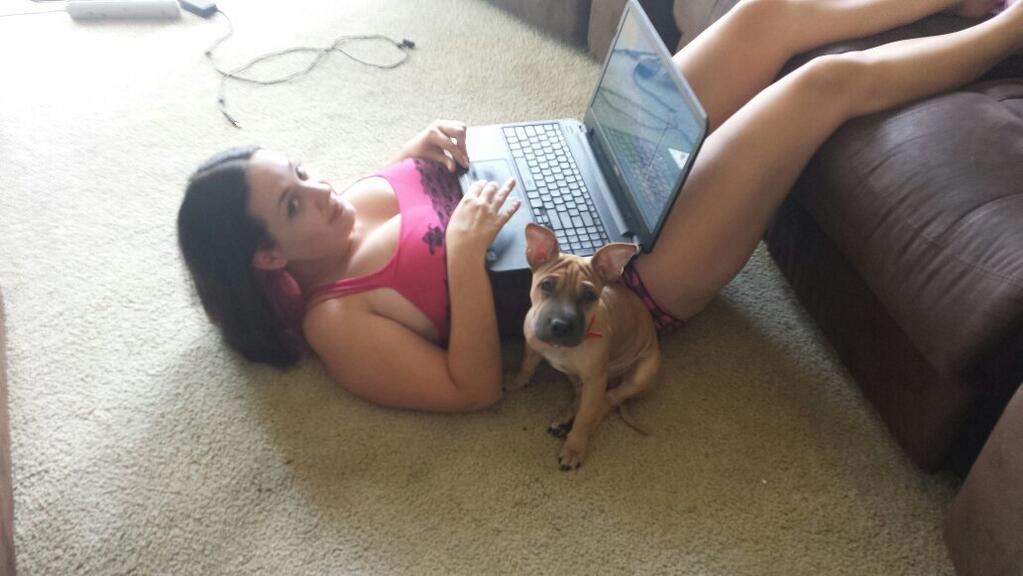 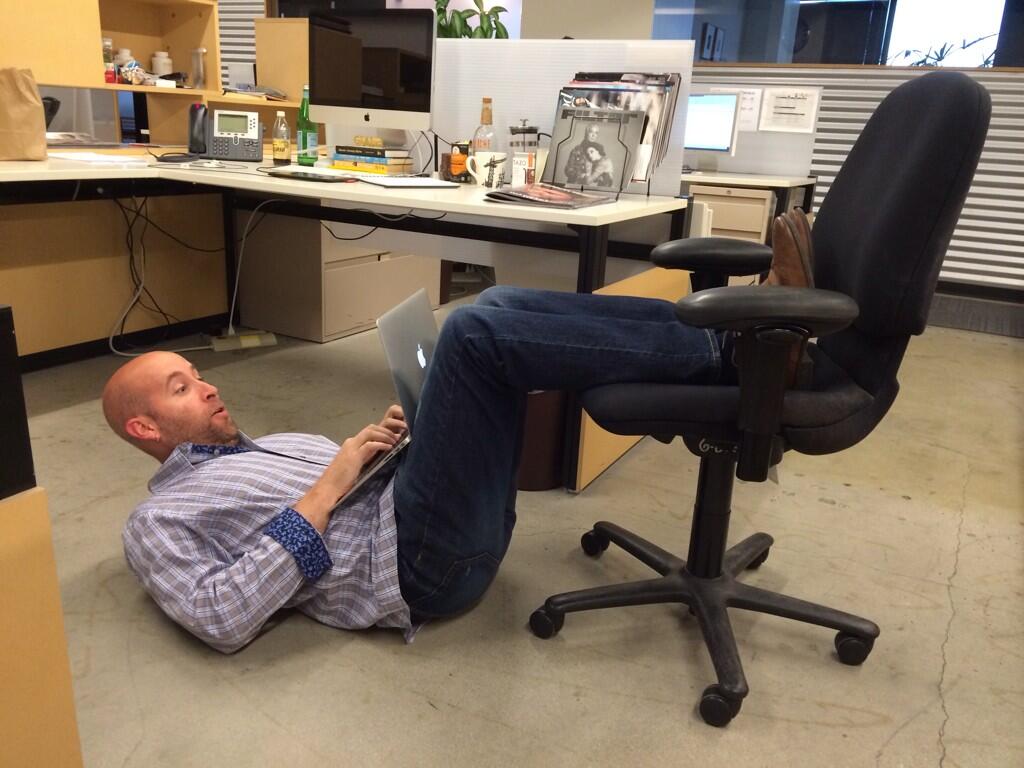