A Bright Future for Snapchat

Generation Y, also known as the “millennial generation” are now the most active generation when it comes to the online social media sites, especially now, when almost all these sites can conveniently be accessed through tablets and mobile phones which is predicted to be the default trend the next generations will follow. 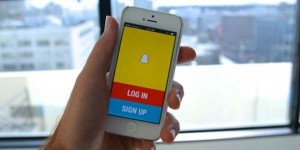 According to a report by comScore, Snapchat has currently become the third most popular social media app among the millenials, even beating Twitter to third place with a 32.9% phone penetration rate among ages 18-34. Following Facebook’s 75.6% and Instagram with 43.1%.

Facebook seems to have predicted Snapchat’s success when they once tried to buy the company at 3 billion US dollars despite Snapchat having only a 12.1% penetration rate back in November. Things started to escalate from there, with Snapchat’s 32.9% penetration rate as mentioned above, has been achieved in less than a year.

Snapchat’s potential reach to a critical mass audience is a lot higher than most of it’s competitors mainly because it isn’t merely a text messaging replacement like Whatsapp which was sold to Facebook for 19 billion dollars. Other competitors include Viber, Line and WeChat.

“At this reach threshold, Snapchat has likely established a certain degree of staying power within this demographic segment that gives it some runway to evolve beyond its core value proposition,” says Andrew Lipsman, comScore VP of Marketing & Insights.

Snapchat has found a way to make content disposable, and with it’s new and emerging collaborative features like “Our Story”, which allows face to face messaging, there is no reason for this app to not continue to make a breakthrough into the lives of the generations to come. Indeed Snapchat is considered a thing of the future.