What you need to know about Samsung’s new Smart Phone

With all the announcements going around about Apple’s newest iPhone soon to be launched to the public, Samsung has made a bold move by giving a very detailed teaser on the features of its newest smartphone, the Samsung Galaxy Alpha.

Some of its key features include: 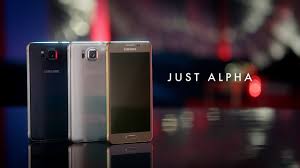 The Samsung Galaxy Alpha will be available in five colors. Namely Charcoal Black, Dazzling White, Frosted Gold, Sleek Silver and Scuba Blue. Samsung’s smartphone and tablet designs are becoming more and more identical with Apple, unless the latter decides to make some big changes, which is the rumored 5.5 inch “phablet” Apple is said to be working on.

The launch date of the Samsung Galaxy Alpha is yet to be announced.