Is the Samsung #ALSIceBucketChallenge the beginning of an advertising war against competing brands?

The ALS bucket challenge has been successful in its goal to create awareness about a disease called Amyotrophic Llateral Sclerosis (ALS). Athletes, celebrities, politicians and people of different ages from all over the world have risen up to the challenge- to have a bucket of ice cold water poured over their heads, posting the video on the internet for proof and nominating their family or peers to do the same. 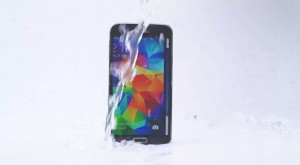 As a Marketing tactic, Samsung took on the challenge through a YouTube video uploaded on the Samsung UK YouTube channel. This shows one of their newest models, the Samsung Galaxy S5 taking the ice bucket challenge which stresses the fact that the phone is indeed waterproof.

At the end of this short ad, Samsung has nominated the iPhone 5S, HTC One M8 and Nokia Lumia 930, three phones with no waterproof features to do the same. Another aggressive marketing move for Samsung.