In addition to the brand’s wearable collection and Samsung Gear S, Samsung has declared the new Samsung Gear Circle — a wireless earphones that when paired with a smartphone, will alert users through vibration whenever a notification is taken in. 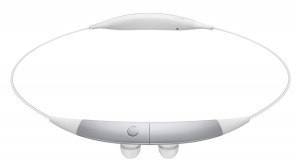 According to The Verge article, when not in use, the new earphones can either be stuffed away in your pocket, or worn proudly around your neck — the device has a metal clasp that means the Gear Circle can double as an impromptu necklace.

Both the Samsung Gear S and the Gear Circle will be available in global markets in phases through Samsung’s retail channels, e-commerce websites and via carriers beginning October as stated in Samsung Mobile Press release.