Connecting to the Millenials on Social Networks

The latest trend report from WSL/Strategic Retail revealed that the Millenial Generation or Gen Y showed the highest increase in time spent online. In addition, they use their social networks extensively to find information about the products they want to buy. 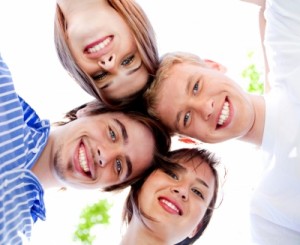 In the world of social networking sites, Facebook still reigns supreme. Twitter comes in at second, LinkedIn at third, and the biggest success story in digital scrapbooking Pinterest, comes in at fourth.

You know how to work the social networking sites. You know how to post on Facebook, send a Tweet, build a profile on LinkedIn and pin an image to Pinterest. But as a company who wants to penetrate the young, impressionable and intelligent Millenial market, it is not enough that you know the technicalities. You need to get into their minds. Why? Because this generation is here for the long-haul. When the Seniors, Baby Boomers and Gen Xers have all gone to bed, the Millenials are still in front of their computers or holding on to their mobile devices, burning the midnight oil on the Internet.

According to Social Media Today, the Millenials are determined, self-confident and techno-dependent, among the many qualities that make them extremely demanding customers. If you are not there when they seek you, do not expect them to resume looking anytime soon. They get bored easily and want what’s convenient. Growing up in fast-paced lifestyles, they expect things to get done fast. If you are a company struggling to reach out to the younger crowd, maybe you should be getting into the nitty-gritty of this market’s personality.

First you need to understand that Millenials are very visual. They love watching YouTube and learn a lot of things from it. They are engaged by dynamic websites because they like interaction, whether with other people or with technology. First impression definitely counts here. Second you need to make your online content shareable. Millenials simply love sharing links and recommending stuff to their friends. Third, you have to make things fast and accessible for them. Anticipate and make it a point to be one step ahead. In a way this is why customization works for these people. They do not like sorting through stuff they don’t find interesting.

How is this information relevant to you? It is very relevant. You need to know what keeps them excited (maybe some freebies?) or what sets them off (boring stuff). At the most basic, you need to know when the best times are to catch their attention using social networks, for instance. According to Social Times , traffic builds after 11am on Twitter and usually fades after 3pm. The peak time for Pinterest is Saturday morning, while it is best to avoid posting in late afternoon. Links sent between 1 and 4pm on Facebook get the most traction while those posted after 8pm and before 8am don’t get the most clicks.

Connecting the traits of Millenials (or any other target market) and knowing the best times to engage on social media might get your product or service on the right track. But of course, you still need to have your own method of feedback to find out what really works!