First impressions on the new iPhone 6 and 6 Plus

iPhone enthusiasts’ long wait has been put to an end when Apple announced their newest iPhones — the iPhone 6 and 6 Plus, with respectively 4.7 and 5.5 inches display, and  A8 chip processor and M8 motion coprocessor. 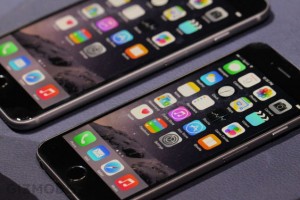 These latest devices from Apple are thinner than their ancestors, having 6.9 mm and 7.1 mm thick bodies respectively.

The iPhone 6 is noticeably faster, and has  more brilliant and larger screen, which, according to Gizmodo, definitely grabs attention of those who have issues with display resolutions. Gizmondo has also noted that the power button was altered on the side which is more practical since both phones are taller.

The Verge has thought the new phone to be “remarkably light, and incredibly thin” and that “Apple did a bigger phone pretty much the right way.”

The iPhone 6 Plus, on the other hand, has a resolution of 1920 x 1080 or a pixel density of 401 ppi, a bit more companred to the iPhone 6’s 1334 x 750 or 326ppi. The Plus also comes with Optical Image Stabilisation (OIS) camera, which has the ability to gradually reduce camera shake and vibration.

Moreover, the Plus features a special “one-handed mode”. By double-tapping the Touch ID sensor, every icon in your homescreen will shrink down for your thumb’s reach.

According to Engadget, the Plus also comes with Near-Field Communication (NFC) which is useful for wireless payments through Apple Pay.

Image credit: The Next Web webpage