A new study conducted by a team of social scientists from Cornell University and Facebook have found that emotions spread among users of social networks. 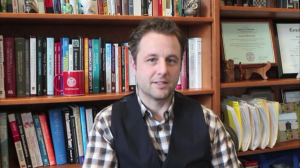 They chose 689,003 Facebook users randomly, altered their news feeds, by placing attention on both negative and positive posts, and discovered that people are very susceptible to the “emotional contagion.” When your friends are happy, you’re more likely to be happy, and vice versa.

“This observation, and the fact that people were more emotionally positive in response to positive emotion updates from their friends, stands in contrast to theories that suggest viewing positive posts by friends on Facebook may somehow affect us negatively,” said Hancock. “In fact, this is the result when people are exposed to less positive content, rather than more.”

He also explained that online messages influence our experience of emotions, which may affect a variety of offline behaviors.