Skype has updated their mobile app for Android that allows you to multitask through a picture-in-picture support. You can now use other apps while having a video call in Skype. 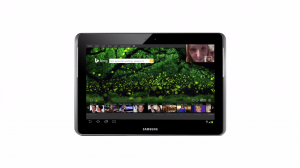 This feature has been added after being available on tablets last year. It will allow you to access another app and still have a conversation on a video call that resizes and stays on the upper right corner of your phone’s screen at the same time.

Skype also improved their chats that will load faster when opened from a notification. Users can now also receive photos on the mobile app from iPhone users. Formatted texts such as bold, italic and strikethroughs are now present on Skype as well.

You can get the latest version of Skype on your Android phone by heading over to Google Play store.