Viber has updated its mobile app in Android allowing users from selected countries to play a select number of games while using the app. Following the addition of Mobile Video calls and Viber Public chats, Viber has partnered with different leading game developers to bring such unique gaming experiences. 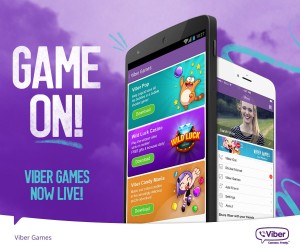 According to a media release, games such as Viber Candy Mania and Viber Pop from Storm8 and Wild Luck Casino from Playtika can be access using a new private API called the “Viber Connect.” This requires users to sign in their account to allow them to connect to their friends and contacts, send them gifts and challenge them to get the highest achievements.

This new Viber feature are only available as of now in Belarus, Malaysia, Singapore, Israel and Ukraine and will be rolled out worldwide this coming weeks.