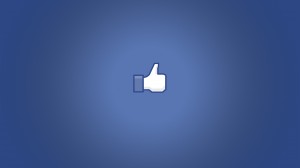 Social media powerhouse Facebook is planning to expand the user’s freedom to express their opinions in a form of other buttons, with the dislike button being one of the options.

During a Q&A at the Facebook HQ in Menlo Park last Thursday, CEO Mark Zuckerberg confirmed potential plans of adding another button other than the like button, saying “we’re thinking about it”.

Although, Zuckerberg made it clear that they are still not sure whether there will be an actual “dislike” button on the other options alongside the one and only like button.

“Everyone feels like they can just push the Like button, and that’s an important way to sympathize or empathize with someone,— but there are times when you may want the simplicity of a one-click response but a “like” doesn’t feel appropriate” Zuckerberg said.

“We need to figure out the right way to do it so it ends up being a force for good, not a force for bad.”

The reason behind this is because a straight up “dislike” or any negative form of one-click feedbacks could easily be abused or used for the wrong reasons like cyber bullying.

Zuckerberg also defended the controversy of the real names policy for Facebook saying that “It’s part of building a safe community” to require all Facebook users to use their real names to encourage proper accountability for each user’s internet behavior, and to be in line with his goals to make Facebook a “reflection of real world relationships.”

The Facebook CEO also spoke about another popular Facebook controversy, the social experiments, specifically the emotional manipulation on every person’s news feed to see how it affects their moods and feelings.

He defended his company and said that “testing is a really important part of how Facebook works overall,” and that Facebook thought it “had a responsibility to the community” to see which posts could affect the “emotional or psychological well being” of users. But later on, he admitted that they could have handled the situation better.