The iPhone craze is indeed alive in China. 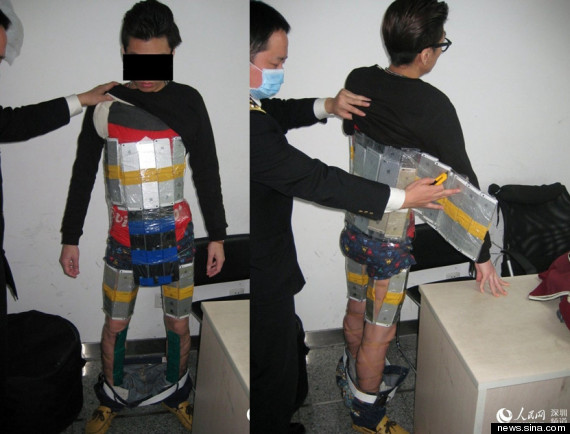 Last week, a Chinese man attempted to smuggle 94 iPhones through customs in a Hong Kong airport. To do this, he carefully strapped dozens of iPhones onto his legs and body creating some sort of suit or armor.

The Huffington Post reports that the man was pulled aside by customs officials as a result of his “weird walking posture, joint stiffness and muscle tension.”

The man was supposedly trying to fly the phones to China’s mainland to sell them. iPhone prices in Hong Kong are much cheaper than iPhones sold in Mainland China, where an iPhone 6 costs cost $872 compared to $649 in the US.

More official Apple retail outlets are expected to sprout out in the country, as Apple’s Tim Cook promised to boost the number of Apple Stores in the country by over 50% within two years.