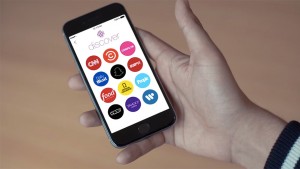 Discover new things from the new and improved feature of the instant messaging app.

The app, known for its self-destructing photo and video messages added a new feature last Tuesday, which allows different news and media companies to post content available for all the Snapchat users. The first wave of companies that joined Snapchat’s Discover include National Geographic, Vice, CNN and cosmopolitan to name a few.

But wait, there’s a catch: just like old times, users will still have a time limit to access content to provide urgency and to be in line with Snapchat’s tradition that made it famous to begin with.

Snapchat’s strategy of attaching themselves to media companies definitely brings them up to par with other messaging apps like WhatsApp and Tango. The app’s increased popularity has been paying off, despite previously turned down a $3 billion offer to be acquired by Facebook, its investments still went up to $10 billion dollars at the second half of 2014.

The launch of Discover is so far the biggest and boldest step in the app’s evolution: A big level up from Snapchat Stories released in 2013.