Social Media and The Fear Of Missing Out

Your social media habits might be causing you more harm than you think. 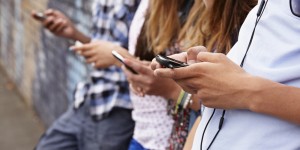 According to an article on Huffington Post, health experts claim that someone cannot live their lives normally without the constant urge to check, update and communicate with friends through social media, chances are they are suffering from a new breed disorder called FOMO: fear of missing out.

According to psychologists, FOMO creates a strange fear of remaining isolated from the crowd.

“Absence of social media can lead to FOMO. One tends to develop uneasiness if staying away from social media is for too long,” says clinical psychologist Ripen Sippy.

“In FOMO, one develops the fear of missing out updates and important events; hence constantly remains preoccupied with checking mobile phones. The first thing one does is to check one’s mobile phone to see if one has missed something significant,”

FOMO is a phenomenon where one feels pressurised to share everything on social media to show how much fun one is having,” Srivastava says.

So, what situations or instances lead to FOMO?

According to Sippy “The phobia of being disapproved, being unpopular and living ordinary lives. Insecurities arise in a person related to his own self-esteem if he/she is not liked by others on the social media. A person who becomes insecure about his/her image tries harder to be liked more and more on a social platform”.

Deepak Kashyap, another clinical psychologist from Mumbai also pointed out that socialisation can be a factor for developing as it often “brings in comparisons which lead to despair. One starts comparing oneself with others, both psychologically and socially, on where one stands in society and where the others do.. People start seeking love and attention from the virtual world when they don’t get these in real life. “And the moment one stops getting the attention, FOMO phobia takes over,”

Aside from despair and anxiety, personal relationships with family, friends and relatives can also be affected by FOMO and most of the time, it is teenagers who suffer from this disorder the most.

Can FOMO be treated?

Yes, the fear of missing out can be controlled.

Sippy says that “prioritizing personal and social life is very much important. The best way to overcome the social media phobias is learning to use it for a limited time,”

A maximum of three to four hours a day spent on social media is considered healthy, but anything over that is considered excess. “Excessive use beyond a healthy limit should be avoided as it may lead to impairments in life,” Sippy emphasised.

Another way to fix FOMO is to change the way social media is perceived.

Kashyap says “It should be limited as a part of leisurely activity. One should remain more involved in physical activities, read more physical books and avoid e-books.”