Volkswagen, one of the biggest automobile manufacturers in Germany, has launched their new app for the newly released Apple watch. 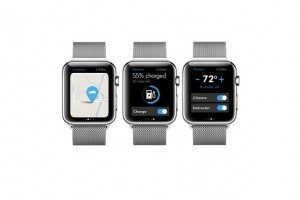 This new system app will be an addition to previous apps for iPhones. This app can easily track a Volkswagen car via GPS, and set the speed and distance limit. It also allows you to know the temperature outside and inside the car and controls the air-conditioning system.

Volkswagen’s app will give you the full-detailed diagnostics information about a car’s condition, fuel and car battery monitoring are some of the notable features that you can do from it.

This app is compatible for selected 2014 and later Volkswagen cars like Passat, Golf, Jeeta and the Beetle.

Volkswagen is still developing the app but claimed to be nearly done with it and will be available soon on the Apple App Store.