India shows rapid growth of e-commerce in the world 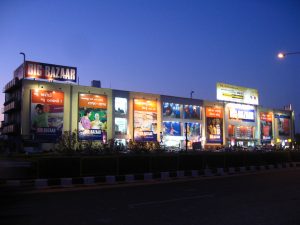 After so many years, India has overtaken China as the fastest growing major economy in the world. China, which has been the largest e-commerce market in the world was recently slowing down. Private consumption and exports of goods and services have driven growth in the world’s second-largest country.

By 2020, overall e-commerce will increase exponentially in the developing market of India. The market has fully grown-up and new participants have entered the market space. It is growing in demand as well as in the order of services.

According to the research by Forrester, a leading global research and advisory firm, the e-commerce market in India is set to grow the fastest within the Asia-Pacific Region at a CAGR of over 57% between 2012-2016. Forrester Research Analyst Zia Wigder, Steven Noble, Vikram Sehgal and Lily Varon issued a report, titled “Asia Pacific Online retail Forecast, 2011 to 2016.”

The Associated Chambers of Commerce & Industry of India (ASSOCHAM) and Forrester, released a report about the expected growth rate in online sales and compare it to other Asian countries like China having 18%, Japan with 11% and Korea which has 10%.

In 2015, Flipkart, Snapdeal, Amazon India, and Paytm were the largest e-commerce companies in India.

The internet user base in India nowadays is booming with more than 400 million and will surely continue expanding at an alarming rate.

Through the past years, the internet and cellular phones have grown and changed the way we communicate. Using these mediums, dealing also with businesses makes it easier and faster.

The internet business in India has a direct relationship to the growth of commerce in the country with over 55 percent to 371 million by June this year.

“Internet on mobile phones and e-commerce are set to lead the trend in the IT sector”, said Rajan Anandan, Google India MD.

Rajan Anandan also identifies the most important trends for any technology company to take advantage of, such as using mobile internet, social networking, e-commerce and internet video.

These trends will be very significant on any online retail companies in India. It will help reach its maximum potentials customers and providing them with a favorable, fulfilling and secure shopping experience.

India, a country where many people own mobile phones than desktops, is currently increasing in the number of consumers who has smartphones. This leads to develop a strong consumer base in the country and being the biggest factor of the growth in Internet.

Along with that, 75 percent of the users are between the ages of 15 to 34. Because of this, it is expected that India will encounter more people go online than any other country. Their e-shoppers will also have great deals and more satisfying services online.

“This is expected to be a continuing trend in coming years, given the age distribution in India,” said D.S. Rawat, Secretary General of ASSOCHAM. “It is not surprising to see the growth among categories focused on younger audiences in the last 12 months.”

Nowadays, the Indian travel and tourism has also evolved drastically and likely to grow more in a very fast pace. India’s travel sales have increased, since travel and tourism becomes the largest service in the country. The technology and social media influence is also the major factor why people loves to explore and go to different places.

Through this, it becomes essential and appears as a medium for online travel companies to build services to engage with customers while they are on travel and build innovative services, which were not possible earlier.

Indeed, smartphones and cyberspace have already become the preferred choice of the customers to access the online travel services and will dominate the discovery and transaction space in 2016.