The Best-Performing CEOs in the World 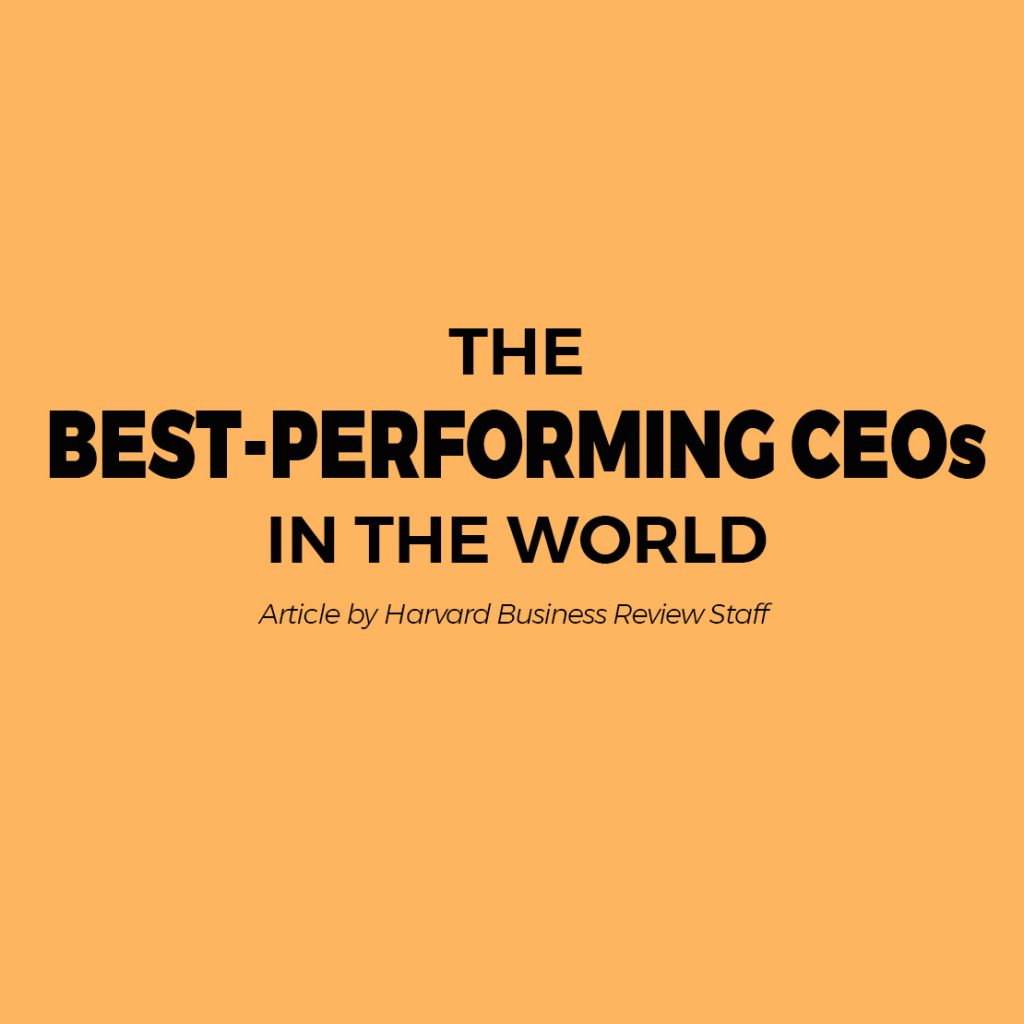 This is a challenging time to be a CEO. Around the world, economic growth is slow, political uncertainty undermines attempts to develop long-term plans, and shareholder activists have become powerful critics of business leaders. These forces help explain why the C-suite sometimes appears to have a revolving door. Is it any wonder so many CEOs focus on the short term? Against this backdrop, it’s heartening to see some top executives implement long-term strategies and establish lasting track records. HBR’s ranking of the world’s 100 best CEOs is intended to highlight these individuals. It’s based on performance on both financial and ESG measures over leaders’ entire time in office–which comes to 17 years, on average, for the CEOs on the 2016 list. This group has delivered impressive results, producing an overall financial return of 2,091%, on average. But as the variety of the people on the list shows, there is no single path to success. Consider the three men at the top of the ranking: Lars Rebien Sorensen studied forestry before he joined Novo Nordisk more than 30 years ago and climbed through various operational roles to become CEO. Martin Sorrell earned an MBA and spent a decade in the ad industry before buying a stake in a shell company and building WPP–now the world’s largest marketing-services firm–through a series of acquisitions. Pablo Isla studied law and worked in Spain’s treasury ministry before taking the helm of the fast-fashion retailer Inditex. In this issue we feature an interview HBR editor Adi Ignatius did with the three leaders in late summer, in which they explore what it takes to fight short-termism and lead with a long view in today’s turbulent environment.